The Achihud Shlomi railway was planned as a 24 km long, double-track railway connecting Achihud (Yassif) Junction and Rosh HaNikra.
The project was fully coordinated with the planning of the road’s northern segment, with the railway tracks passing between the roadways.
Our firm planned the railway’s layout, including tunneling segments, 3 passenger stations and one multi-track operational station. Along the route, we planned the track’s integration with national roads at 5 different interchanges. 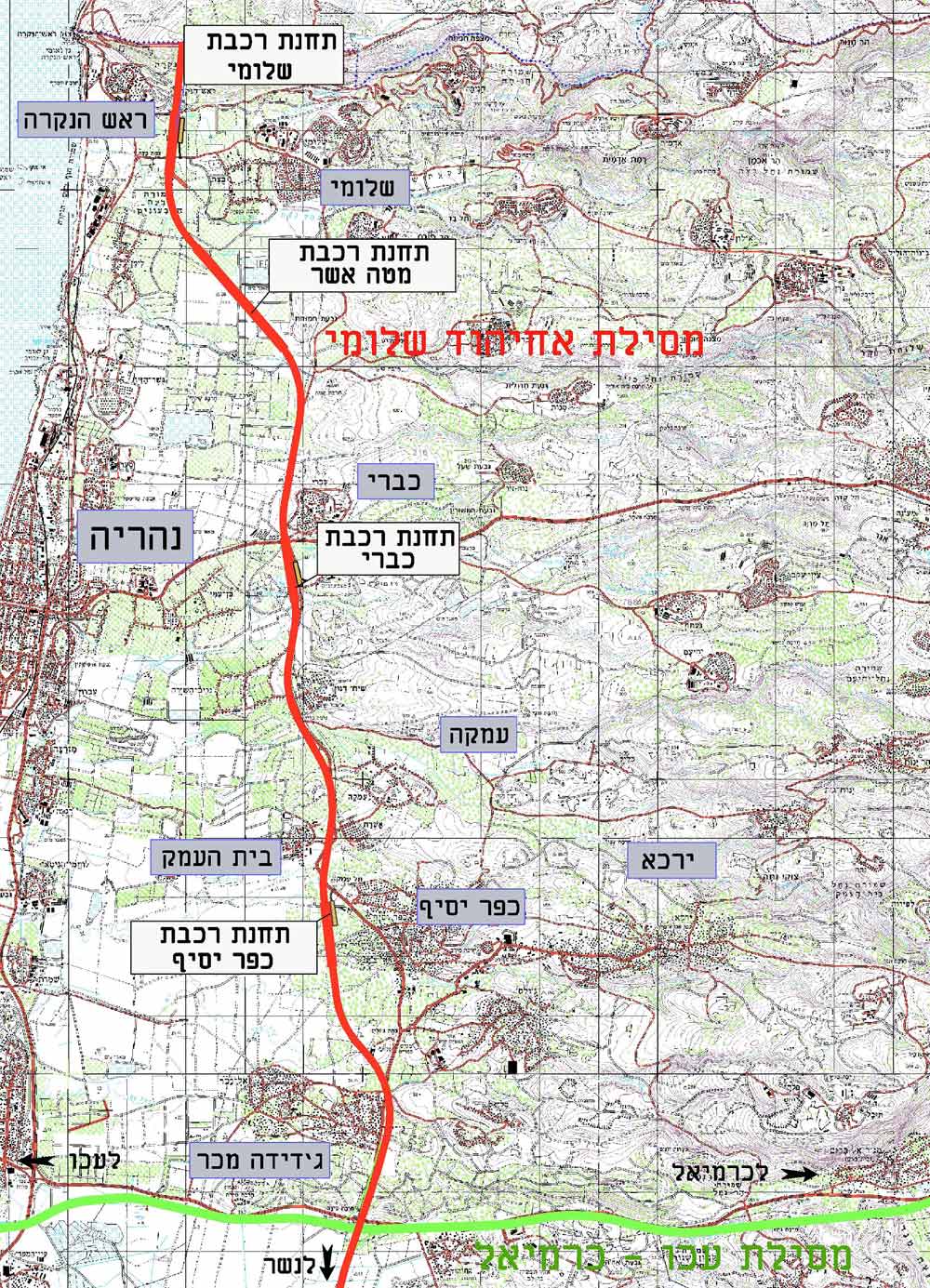