Tzemach Junction – the main junction of the southern Sea of Galilee region – is the meeting point of Highway 90, which approaches the Sea of Galilee from the south and goes around its west side, and Highway 92, which circles the Sea of Galilee from the east. The project’s objective was to regularize the junction by adding lanes, culverts and drainage tunnels, traffic lights and lighting; as well as performing some landscaping works.
Among other things, the project included cancelling the left turns to and from the nearby military base, addressing the safety hazards in the road layout, improving the traffic islands and lanes, and entering Emek HaYarden Regional Council and its operations.
In addition to the planning of earth works, road structures, traffic and other roads, we oversaw the work of the secondary consultants: the lighting engineer, landscape architect, signage engineer and soil and foundation engineer. 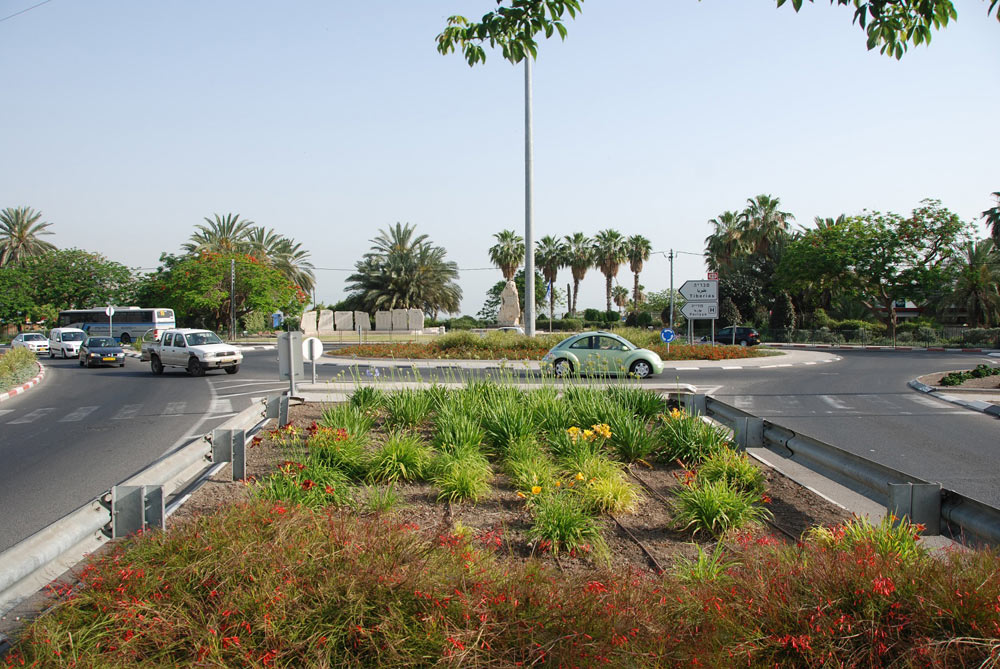