The master plan for cycling trails in the upper Galilee was prepared for the Israel Government Tourist Corporation, in collaboration with the Upper Galilee and Mevo’ot HaHermon regional councils. The project included the creation of a network of a 35 km long bicycle trail system for hikers and commuters in all the areas under the regional councils’ jurisdiction, based on the layout of the existing road network and the area’s several rivers. The trail system connects many tourist attractions. Over the years, parts of the project were completed using resources pooled between the IGTC, the council, the National Road Company, KKL-the Jewish National Fund and others. The trail network also connects the different settlements and serves pedestrians and hikers. 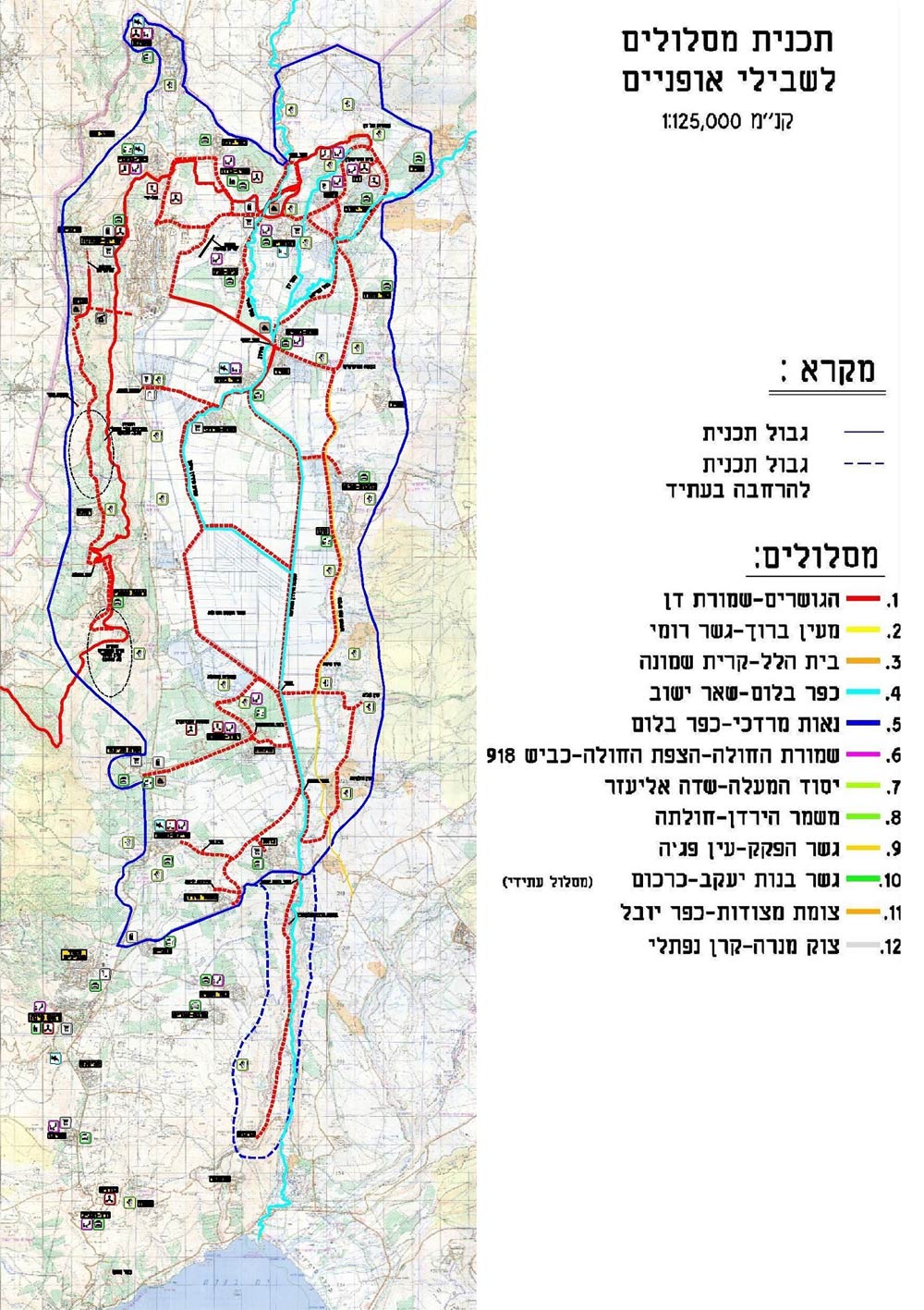